Executives worry about their “Crown Jewel Server,” and for good reason. They are often packed with industry secrets, financial data, private client information, and other highly private information…and usually they are unnecessarily unsecure.

And they require a healthy amount of time, energy (and money) to safeguard—depriving you  of the chance to direct your resources elsewhere.

Is Your “Crown Jewel Server” at Risk?

Here’s what you need to know about your “crown jewel server”:

[VIDEO] Discover How HOPZERO Can Help

But there is another layer of security to consider, one that can BOOST security and reduce your organization’s workload: HOPsphere Radius Security offered by HOPZERO.

The service enables LIMITS on how far packets will travel, effectively putting up a nearly-unreachable moat around your crown jewel server. (As the old saying goes: “The wider the moat, the more defended the castle.”)

By limiting the HOPsphere radius of a server, servers cannot communicate to any device beyond a definable number of routers. Because attackers generally desire to maintain anonymity, they must connect through elaborate chains of routers to launch their attack.

By limiting the number of acceptable routers to a number too small for a hacker to comfortably launch from, most attacks will simply never come.

Consider what’s at stake in a security breach:

By limiting the HOP sphere of sensitive devices, locking down private databases, and reducing incoming/outgoing access with the Internet, these risks can be mitigated tremendously.

How We Can Help

HOPZERO can help safeguard your information technology from some of the same threats that caused the most recent data breach, schedule your own FREE in-house consultation. 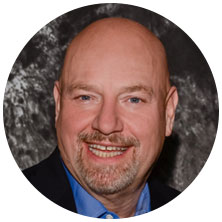